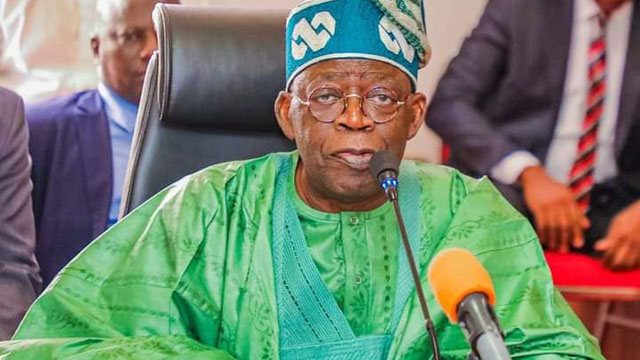 The Asiwaju Bola Ahmed Tinubu Campaign Organisation has described the 11 Northern All Progressives Congress (APC) Governors as worthy patriots for their decision to support power shift to the South.

Mr Bayo Onanuga, Director of Media and Communications of the campaign organisation, in a statement on Sunday in Abuja, said the governors should be celebrated by Nigerians.

He said, ”all lovers of peace, progress, equity, justice and stability of the country should celebrate and honour the Northern APC governors.”

The News Agency of Nigeria (NAN) reports that the 11 governors from the North had in a statement on Saturday, announced their decision to support power shift to the South after the end of the tenure of President Muhammadu Buhari.

The governors, while urging presidential aspirants from the region to step down from the 2023 presidential race, said, ”the decision to support power shift to the South is in the best interest of the country”.

The Northern APC governors also commended their Jigawa counterpart, Gov. Abubakar Badaru, for withdrawing from the race ahead of the party’s presidential primary election slated for June 6 to 8.

Among the governors who signed the communique at the end of the meeting where the decision was taken, are Gov. Aminu Masari of Katsina State, Sani Bello, Niger; Abdullahi Sule, Nasarawa and Prof. Umara Zulum, Borno.

Onanuga expressed the satisfaction of Tinubu Campaign Organisation with the decision of the governors, whom he said, ”put national interest above regional interest”.

Onanuga said that the decision of the governors, ”had removed all the anxieties, uncertainties and conspiracy theories hovering around the party’s presidential nomination process”.

He particularly commended Gov. Abubakar Badaru of Jigawa, for promptly complying with the position of the region.
“We enjoin other aspirants such as the President of the Senate, Sen. Ahmad Lawan, Gov. Yahaya Bello of Kogi and former Zamfara Gov, Sani Yerima, to also bow out of the race.

“History will be kind to them all,” Onanuga said. Onanuga added, ”the APC could now go into its national convention, which would be open to only presidential aspirants from the South to seek the mandate of party’s members through their elected delegates.

”The party’s national convention, for its presidential primary would now be done without acrimony and suspicions.
“We salute the courage of the APC governors from the North for their patriotic decision to sustain the unity of the country and that of the party.

“The decision of the Northern APC governors has once again confirmed that our country will make tremendous progress when the bond of our unity is strengthened and preserved.
“Our APC Northern governors have shown that the APC believes in power rotation in the true spirit of national equity and justice.

“Unlike the opposition Peoples Democratic Party (PDP) that abandoned its zoning policy for hegemonic political expediency, ethnic and religious calculations.”

According to Onanuga, PDP’s decision to abandon its zoning policy grossly undermined the party’s commitment to the 1999 Constitution.

He added that Tinubu believed that the country does better when leaders from across rise above personal, ethnic and religious sentiments to uphold justice and fairness.

The spokesperson further added that the 11 Northern APC governors had restored the confidence of millions of Nigerians and party members in the greatness and unity of the country.

“These governors are patriots and honourable men who will be remembered for acting to save Nigeria from potential political crisis and another round of national distrust and mistrust.

“With this decision, the future of APC as the governing party in Nigeria is very bright as a true national party.
“The party can now proceed to hold the presidential primary convention as a united, strong and viable political platform by electing a capable presidential flag bearer.

He expressed confidence that the party’s delegates would make the right choice by giving Tinubu the honour of flying the flag of the APC as its presidential candidate.

This, he added, would be in line with the expectation of President Buhari that the candidate of the party must be one who can win election.

”The candidate must also be acceptable to all Nigerians and one who can give Nigerians a sense of confidence and victory.

”Tinubu is the most prepared and capable of all the APC presidential aspirants.
“He has shown this with his track record in Lagos as governor of the state for two-terms.

“He has a comprehensive development plan that will build on the successes of the Buhari-led administration and create greater prosperity for Nigerians,” Onanuga said.